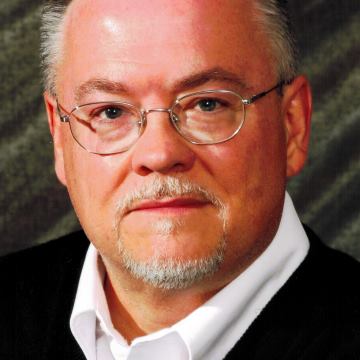 “No one can serve two masters. Either you will hate the one and love the other, or you will be devoted to the one and despise the other. You cannot serve both God and money.”—LK 16:13 (NIV)

We are joined by J. Michael Bennett, PhD—a.k.a. "Dr Future" of the classic Future Quake radio show (2005-2012)—for a two-part conversation on his challenging, controversial, yet timely and necessary book, "Two Masters and Two Gospels, Volume 1 : The Teaching of Jesus Vs. the “Leaven of the Pharisees” in Talk Radio and Cable News", published by Akribos Press. In this first chat, we also take the opportunity to discuss the excellent documentary that Dr. Bennett co-produced, which—in the manner of a gripping whodunnit—sleuths out and answers key mysteries surrounding the enigmatic Georgia Guidestones, sometimes referred to as an "American Stonehenge".

J. Michael Bennett holds a PhD in Mechanical Engineering, and worked as a US Defense Department scientist, successful high-tech inventor and entrepreneur. For several years he produced the influential Future Quake show for local radio and the Internet, and his work has been profiled on PBS, CNN and Scientific American. He also served as an invited speaker on religion for a United Nations NGO. He and his wife reside in Nashville, and his books are featured at MikeBennettBooks.com.

Part One : in which we discuss the spiritual and political aspects of his book.

Part Two : in which Dr. Bennett shares with us some of the historical data supporting arguments in his book.