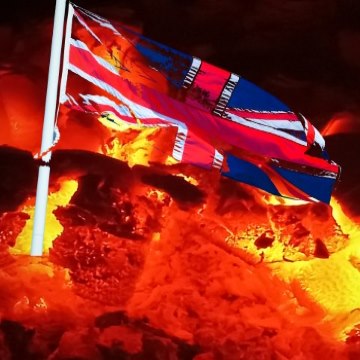 For this special TMR Movie Roundtable, we welcome back the veteran British journalist John Booth—who joins Mark Campbell, Antony Rotunno and Yours Truly—for an extended four-way conversation on the highly perceptive and well-made British TV series from 1988 entitled A Very British Coup.

Based upon the 1982 novel of the same name by journalist and Labour politician Chris Mullin, A Very British Coup follows the career-in-office of fictional UK Labour Prime Minister Harry Perkins (brilliantly played by Ray McAnally) whose radical policies ruffle the feathers of the Establishment. Opposed from its inception by deep-state actors in the media, intelligence services and civil service—and indeed by political and corporate interests on the other side of the Pond—Perkins' democratically elected left-wing government and Perkins himself quickly become the targets of smear campaigns and "dirty tricks" aimed at undermining him and reshaping his government along establishment lines. But Perkins is no fool; this working-class "man of the people" is also a shrewd observer of elite power, and the forces that oppose him find themselves locked in a contest for dominance that will not easily be won.

Join us as we discuss the series and consider similarities to, and differences from, the real-life Labour leaders Jeremy Corbyn (who referenced Harry Perkins in a recent interview) and Harold Wilson (against whom the "secret state" plotted in the 1970s).