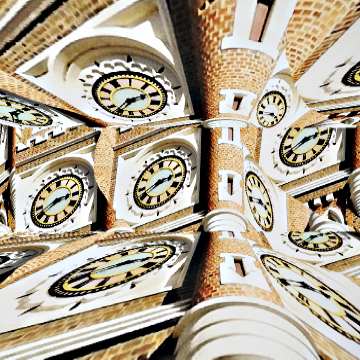 In this special "swapcast" between TMR and Film Gold we are joined by our good friends Antony Rotunno (host of the new Film Gold podcast) and Jenifer Thyssen (classical singer) for the 8th in our Movie Roundtable series. This time our subject is the wonderful 1993 "fantasy romcom" (or is it "fantasy comrom"?) Groundhog Day, starring Bill Murray and Andie MacDowell, directed by Harold Ramis.

While on location filming the annual celebration of Groundhog Day in Punxsutawney, Pennsylvania, cynical and jaded TV weather presenter Phil Connors (Bill Murray) finds himself inexplicably caught up in a mysterious time loop that forces him to re-live the same day—Grounhog Day (which he loaths)—over and over again for a seeming eternity. The inexorable repetition (which he alone experiences) thrusts him into a succession of psychological states—confusion, denial, nihilistic anger, extreme selfishishness, and finally acceptance—as he is forced to interact with the events and people of that seemingly endless February 2nd. Yet only at the point when he himself has changed inside, such that he gains the true affection of TV producer Rita Hanson (Andie MacDowell), does the time loop cease and his life begin again in a new way.

Join us as we discuss the production, and reflect theologically/psychologically on the film's messages and implications.