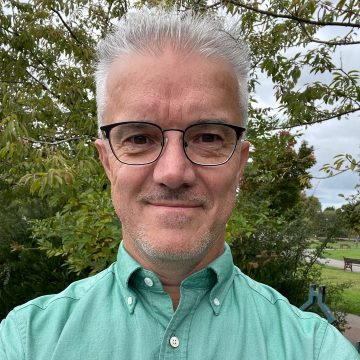 "Party politics is broken. It's time for independents."—Paul Greenall

We welcome to the programme the psychologist Dr Paul Greenall for an interview on his campaign to stand as an independent candidate for Member of Parliament here in the UK, and on the role of the so-called "pandemic" in shaping his current view of politics at Westminster.

Earlier this year, Paul, who works in the UK National Health Service, was facing the very distinct possibility of job loss—even career termination—because of the UK government's insane threat to make covid-19 injections mandatory for health workers. Thankfully, along with so many tens of thousands of his colleagues, Paul stood his ground and refused to give in to the pressure, a collective resistance which ultimately led to the government backing down on the idea, and an important signal to the vaccinators not to extend their mandates to further sectors of society. As a consequence— his life having been significantly impacted, and his trust in business-as-usual, party politics having evaporated—Paul is now preparing to stand as a truly independent candidate for MP in the local by-election here in West Lancashire, UK.