Professor Edgar H. Andrews (BSc, PhD, DSc, FInstP, FIMMM, CEng, CPhys.) is Emeritus Professor of Materials in the University of London and an international expert on the science of large molecules. In 1967 he set up the Department of Materials at Queen Mary College, University of London, and served both as its Head and later as Dean of Engineering. He has published well over 100 scientific research papers and books, together with two Bible commentaries and various works on science and religion and on theology. 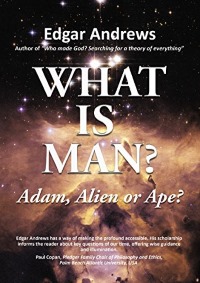 Items mentioned / relevant to the interview

In accordance with the conditions of the above licence TMR wishes to state that the fact that these creative materials appear in TMR productions should in no way be understood as implying that its creators endorse anything produced by TMR.