We Are Pawns in a Bigger Game (Peak Prosperity) 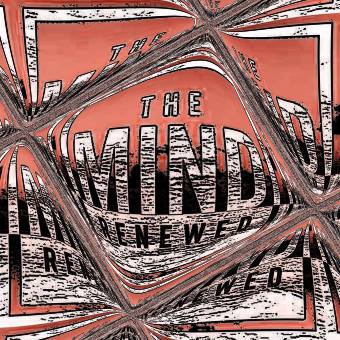 Chris Martenson, "We are Pawns in a Bigger Game than We Realize : Understanding the Coming 'Great Reset' ", © PeakProsperity.com (30 October 2020)

“I had grasped the significance of the silence of the dog, for one true inference invariably suggests others…. Obviously the midnight visitor was someone whom the dog knew well.”—Sherlock Holmes—The Adventures of Silver Blaze

Is it possible to make sense out of nonsense? So much these days is an incoherent mess. It’s complete nonsense.

Page 2 worryingly notes the near complete failure of Siberian arctic ice to reform during October and that hurricane Zeta (so many storms this year we’re now into the Greek alphabet!) has made punishing landfall.

Each is a narrative. Each has its own inner logic.

But they simply do not have any external coherence to each other. It’s nonsensical to be excited about rising economic growth while also concerned that each new unit of growth takes the planet further past a critical red line.

These narratives are incompatible. So which one should we pick?

So better we choose to follow the narrative that hews closest to what reality actually is, vs what we desperately want it to be.

‘They’ Don’t Care About Us

While issues like climate change and economic growth may be difficult to fully grasp and unravel, direct threats to our lives &/or livelihoods are much more concrete and something we can react to and resist.

Such immediate and direct threats are now fully in play and, once again, they’re accompanied by narratives that are completely at odds with each other.  I’m speaking of Covid and the ways in which our national and global managers are choosing to respond (or not).

It’s a truly incoherent mess about which both social media and the increasingly irrelevant media are working quite hard to misinform us.

The mainstream narrative about Covid-19, in the West, is this:

The alternative narrative, one that I’ve uncovered after 9 months of almost daily research and reporting, is this:

[JC: Please note: Neither TMR, nor Dr. Chris Martenson so far as I know, is suggesting that any of the following substances be used without a medical doctor's supervision. Everyone is different, with different tolerances and states of health. Please consult a medical doctor before making any changes to your diet by way of supplementation or talking any medications.]

By the way – every single one of my assertions and claims is backed by links and supporting documentation from scientific and clinical trials and studies.  I am not conjecturing here; I am recounting the summary of ten months’ worth of inquiry.

The conclusion I draw from my narrative (vs. theirs) is that we can no longer assume that the public health or saving lives has anything to do with explaining or understanding the actions of these health “managers” (I cannot bring myself to use the word authorities).

After we eliminate the impossible – which is that somehow these massive, well-funded bodies have missed month after month of accumulating evidence in support of ivermectin, hydroxychloroquine, vitamin D, NAC, zinc, selenium and doxycycline/azithromycin – what remains must be the truth.

"Once you eliminate the impossible, whatever remains, no matter how improbable, must be the truth."—Arthur Conan Doyle

As improbable as it seems, the only conclusion we’re left with is that the machinery of politics, money and corporate psychopathy is suppressing life saving treatments because these managers have other priorities besides public health and saving lives.

This is a terribly difficult conclusion, because it means suspending so much that we hold dear.  Things like the notion that people are basically good. The idea that the government generally means well. The thought that somehow when the chips are down and a crisis is afoot, good will emerge and triumph over evil.

I’m sorry to say, the exact opposite of all of that has emerged as true.

Medical doctors in the UK NHS system purposely used toxic doses of hydroxychloroquine far too late in the disease cycle to be of any help simply to ‘make a point’ about hydroxychloroquine.  They rather desperately wanted that drug to fail, so they made it fail.

After deliberately setting their trial up for failure, they concluded: “Hydroxychloroquine doesn’t help, and it even makes things worse.”

Note that in order to be able to make this claim, they had to be willing to cause harm — even to let people die.  What kind of health official does that?

Not one who actually has compassion, a heart, or functioning level of sympathy.  It’s an awful conclusion but it’s what remains after we eliminate the impossible.

Getting Past The Emotional Toll

Science has proven that cheap, safe and significantly protective compounds exist to limit both Covid-related death and disease severity.

Yet all of the main so-called health authorities in the major western countries are nearly completely ignoring, if not outright banning, these safe, cheap and effective compounds.

This is crazy-making for independent observers like me (and you) because the data is so clear. It’s irrefutable at this point.  These medicines and treatments not only work, but work really, really well.

However most people will be unable to absorb the data, let alone move beyond it to wrestle with the implications.  Why? Because such data is belief-shattering.  Absorbing this information is not an intellectual process; it’s an emotional one.

I don’t know why human nature decided to invest so much in developing a tight wall around the belief systems that control our actions and thoughts. But it has.

I’m sure there was some powerful evolutionary advantage. One that’s now being hijacked daily by social media AI programs to nudge us in desired directions. One that’s being leveraged by shabby politicians, hucksters, fake gurus, and con men to steer advantage away from the populace and towards themselves.

The neural wiring of beliefs is what it is. We have to recognize that and move on.

Some people will be much faster in their adjustment process than others.  (Notably, the Peak Prosperity tribe is populated with many fast-adjusters, which is unsurprising given the topics we cover…tough topics tend to attract fast adjusters and repel the rest)

To move past the deeply troubling information laid out before us requires us to be willing to endure a bit of turbulence.  It’s the only way.

For you to navigate these troubling times safely and successfully, you’ll need to see as clearly as possible the true nature of the game actually being played.  To see what the rules really are – not what you’ve been told they are, or what you wish or hope they are.

The data above strongly supports the conclusion that our national health managers don’t actually care about public health generally or your health specifically.

If indeed true, then the beliefs preventing most people from accepting this likely include:

There are many other operative belief systems I could also list. But this is sufficient to get the ball rolling.

Picking just one, how hard would it be for someone to let go of, say, trust in the medical system?

That would be pretty hard in most cases.

First not trusting the medical system might mean having to wonder if a loved one might have died unnecessarily while being treated.  Or realizing that you’re now going to have to research the living daylights out of every medical decision before agreeing to it.  Or worrying that your medications might be more harmful to you over the long haul than helpful (which is true in many more cases than most appreciate).  It might mean having your personal heroes dinged by suspicion — perhaps even your father or mother who worked in the medical profession.  It would definitely require a complete reorientation away from being able to trust anything you read in a newspaper, or see on TV, about new pharmaceutical “breakthroughs”.

Trust, which is safe and warm and comforting, then turns into skepticism; which is lonelier and insists upon active mental involvement.

But, as always, hard work comes with benefits — with a healthy level of skepticism and involvement, the families of those recruited into the deadly UK RECOVERY trial could have looked at the proposed doses of HCQ (2,400 mg on day one! Toxic!) and said, “Not now, not ever!” and maybe have saved the life of their loved one.

Look at that tangled mess of undesirables that comes with unpacking that one belief: regret, uncertainty, shame, doubt, fallen idols, and vastly more additional effort. Are all up for grabs when we decide to look carefully at the actions of our national health managers during Covid.

Which is why most people simply choose not to look.  It’s too hard.

I get it. I have a lot of compassion for why people choose not to go down that path.  It can get unpleasant in a hurry.

But, just like choosing to ignore a nagging chest pain, turning away in denial has its own consequences.

My coverage of SARS-CoV-2 (the virus) and Covid-19 (the associated disease) has led me to uncover some things that have made me deeply uncomfortable about our global and national ‘managers’.  Shameful things, really.  Scary things in their implications for what we might reasonably expect (or not expect, more accurately) from the future.

Once we get past the shock of seeing just how patently corrupt they’ve been, we have to ask both What’s next? and What should I do?

After all, you live in a system whose managers either are too dumb to understand the Vitamin D data (very unlikely) or have decided that they’d rather not promote it to the general populace for some reason.  It’s a ridiculously safe vitamin with almost zero downside and virtually unlimited upside.

Either they’re colossally dumb, or this is a calculated decision.  They’re not dumb.  So we have to ask: What’s the calculation being performed here?  It’s not public safety. It’s not your personal health. So… What is it?

This is our line of questioning and observation. It’s like the short story by Arthur Conan Doyle in Silver Blaze that many of us informally know as “the case of the dog that didn’t bark”.  As the story goes, because of a missing clue – a dog who remained silent as a murder was committed – this conclusion could be drawn: the dog was already familiar with the killer!

The silence around Vitamin D alone is extremely telling. It is the pharmacological dog that did not bark.

One true inference suggests others.  Here, too, we can deduce from the near total silence around Vitamin D that the health managers would prefer not to talk about it. They don’t want people to know. That much is painfully clear.

Such lack of promotion (let alone appropriate study) of safe, effective treatments is a thread that, if tugged, can unravel the whole rug.  The silence tells us everything we need to know.

Do they want people to suffer and die?  I don’t know. My belief systems certainly hope not. Perhaps the death and suffering are merely collateral damage as they pursue a different goal — money, power, politics?  Simply the depressing result of a contentious election year?  More than that?

We’ve now reached the jumping off point where we may well find out just how far down the rabbit hole goes.

A massive grab for tighter control over the global populace is now being fast-tracked at the highest levels. Have you heard of the Great Reset yet?

If not, you soon will.

In Part 2: The Coming ‘Great Reset’ we lay out everything we know so far about the multinational proposal to transform nearly every aspect of global industry, commerce, trade, and social structure.

If you read on, be ready and willing to let go of cherished beliefs and to suspend what you know to be true. Because none of us has that in hand.  It’s going to be a wild ride from here.

Something very big is afoot and I suspect that Covid-19 is merely an excuse providing cover for a much bigger power grab over the world’s wealth and peoples.