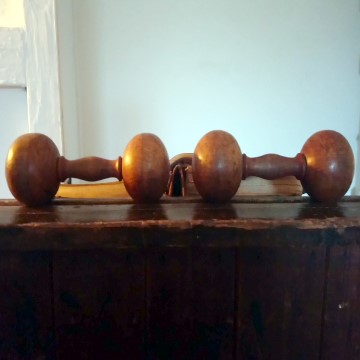 It is with great pleasure that TMR announces the inclusion of the term "yarndling" in The Urban Dictionary, the well-known online dictionary. For anyone unfamiliar with the term, or the craft (art/sport) to which it refers, I can do no better than to point you to the very informative interview we had a few years back with the yarndling historian Campbell Adams. (In the picture we see yarndling scrimmers, two wooden devices traditionally held in bifurcated chorns during the priming of tarifolds.)