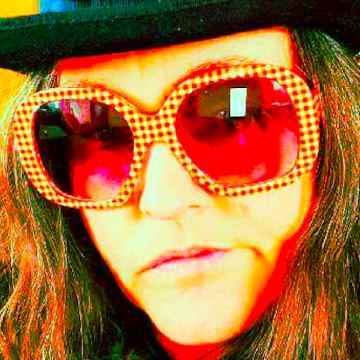 Caitlin Johnstone, "Assange Has Been Arrested For US Extradition. The Time To Act Is Now", © CaitlinJohnstone.com (11 April 2019)

WikiLeaks founder Julian Assange has been arrested and taken into custody by the London’s Metropolitan police, just as WikiLeaks warned days ago was about to happen. Assange’s lawyer Jen Robinson reports that his arrest is related to an extradition request from the United States, which the British government has until now refused to admit exists.


“Just confirmed: #Assange has been arrested not just for breach of bail conditions but also in relation to a US extradition request,” tweeted Robinson.

“From #Assange: The US warrant was issued in December 2017 and is for conspiracy with Chelsea Manning in early 2010,” Robinson added.

So there you have it. Extradited for journalism. In a blur, everything that Assange and WikiLeaks have been warning about for years has been proven correct, contrary to mountains of claims to the contrary by establishment loyalists everywhere. The same government which tortured Chelsea Manning is in the process of extraditing her publisher so that they can silence him forever. Everyone who has ever denied that this was happening needs to hang their heads in shame for scoffing at a very real threat to press freedoms everywhere when they could have been opposing this obscene agenda. It’s time for some serious soul searching.

The time to act is now. It’s too late to prevent Assange from losing his asylum at the Ecuadorian embassy, so the goal now is to fight extradition. Activist groups are swiftly organizing as I type this, so it will be easy for people around the world to find rallies to attend and online movements to help boost. I encourage everyone in the US, the UK and Australia to contact their elected representatives and politely but urgently inform them that the agenda to extradite Assange to the US must be fought at all costs. Educate yourself as best as you can on Assange’s case, and inform everyone you know about what’s going on.

This is seriously gut wrenching news. Here are ten thoughts on the matter in no particular order:

1 – The Metropolitan police were let into the embassy by the Ecuadorian ambassador, his political asylum revoked under entirely false pretenses in gross violation of international law. Shame on Ecuador.

2 – Assange is an Australian citizen. As of this writing, the Australian government has still not interceded to protect its citizen. Shame on Australia.

3 – The US government is setting a precedent which, if carried out, will constitute a grave threat to press freedoms the world over and a greater leap in the direction of Orwellian dystopia than the Patriot Act. Shame on America.

6 – This arrest is a Trump administration action, and has nothing to do with the 2016 Russia nonsense that Democrats have been shrieking about, yet these same Democrats who claim to oppose Trump and oppose his war on the press are currently cheerleading for Trump’s prosecution of a journalist who told the truth. Shame on Democrats.

7 – I am going to have a zero tolerance policy for QAnon cultists who try to tell me that this is actually 5-D chess by Trump to overthrow the Deep State. Stay out of my comments, stay out of my social media notifications, stay the hell away from me, and please rethink your worldview.

8 – The precedent set by imprisoning a foreign journalist under the Espionage Act will enable the US government to arrest leak publishers anywhere in the world who expose its crimes. This will cripple our ability to hold the most powerful institution on the planet to account in any way. There is no excuse for any journalist anywhere not to oppose this tooth and claw. If you see anyone calling themselves a journalist but failing to oppose Assange’s extradition, you should call them out for the frauds that they are.

9 – And yes, like it or not, Assange is a journalist. There is no legitimate argument to the contrary.

10 – This is it, folks. This is where we find out what we’re made of as a species. This is where we find out if humanity gets to survive, and if it deserves to. If we can’t stop the empire from imprisoning a journalist for publishing facts right in front of our eyes, we might as well roll over and tap out right now, because if we lose this one it’s never going to get any better from there. If we can’t pass this test, the oligarchs and the opaque government agencies which are allied with them will march us into extinction or Orwellian dystopia, and there’ll be no tool in our toolbox to stop them. We need to seriously dig deep on this one.

Copyright © Caitlin Johnstone, no rights reserved: "Everyone has my unconditional permission to republish or use any part of this work (or anything else I’ve written) in any way they like free of charge."