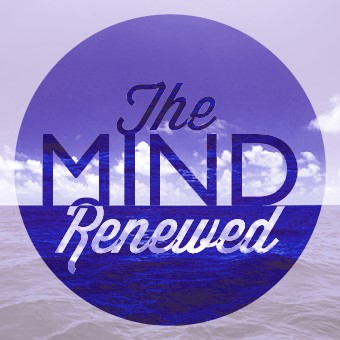 "Evidence submitted by the British government in court today proves, beyond any doubt, that Boris Johnson has been point blank lying about the degree of certainty Porton Down scientists have about the Skripals being poisoned with a Russian “novichok” agent."

Evidence submitted by the British government in court today proves, beyond any doubt, that Boris Johnson has been point blank lying about the degree of certainty Porton Down scientists have about the Skripals being poisoned with a Russian “novichok” agent.

Yesterday in an interview with Deutsche Welle Boris Johnson claimed directly Porton Down had told him they positively identified the nerve agent as Russian:

You argue that the source of this nerve agent, Novichok, is Russia. How did you manage to find it out so quickly? Does Britain possess samples of it?
Let me be clear with you … When I look at the evidence, I mean the people from Porton Down, the laboratory …
So they have the samples …
They do. And they were absolutely categorical and I asked the guy myself, I said, “Are you sure?” And he said there’s no doubt.

I knew and had published from my own whistleblowers that this is a lie. Until now I could not prove it. But today I can absolutely prove it, due to the judgement at the High Court [external PDF] case which gave permission for new blood samples to be taken from the Skripals for use by the OPCW. Justice Williams included in his judgement a summary of the evidence which tells us, directly for the first time, what Porton Down have actually said:

The Evidence
16. The evidence in support of the application is contained within the applications
themselves (in particular the Forms COP 3) and the witness statements.
17. I consider the following to be the relevant parts of the evidence. I shall identify the
witnesses only by their role and shall summarise the essential elements of their
evidence.
i) CC: Porton Down Chemical and Biological Analyst
Blood samples from Sergei Skripal and Yulia Skripal were analysed and the
findings indicated exposure to a nerve agent or related compound. The samples
tested positive for the presence of a Novichok class nerve agent OR CLOSELY RELATED AGENT.

The emphasis is mine. This sworn Court evidence direct from Porton Down is utterly incompatible with what Boris Johnson has been saying. The truth is that Porton Down have not even positively identified this as a “Novichok”, as opposed to “a closely related agent”. Even if it were a “Novichok” that would not prove manufacture in Russia, and a “closely related agent” could be manufactured by literally scores of state and non-state actors.

This constitutes irrefudiv evidence that the government have been straight out lying – to Parliament, to the EU, to NATO, to the United Nations, and above all to the people – about their degree of certainty of the origin of the attack. It might well be an attack originating in Russia, but there are indeed other possibilities and investigation is needed. As the government has sought to whip up jingoistic hysteria in advance of forthcoming local elections, the scale of the lie has daily increased.

On a sombre note, I am very much afraid the High Court evidence seems to indicate there is very little chance the Skripals will ever recover; one of the reasons the judge gave for his decision is that samples taken now will be better for analysis than samples taken post mortem.

A further note from Craig Murray:

This website (CraigMurray.org.uk) remains under a massive DOS attack which has persisted for more than 24 hours now, but so far the defences are holding. Some strange form of “ghost banning” is also affecting both my twitter and Facebook feeds. So please:

a) Feel free to repost, republish, translate or spread this article anywhere and anyway you can. All copyright is waived.

b) If you came here by Twitter, please retweet but also in addition create a new tweet yourself containing a link to this post (or to any other site on which you have placed the information)

c) If you came here by Facebook, again please share but also in addition create a new post yourself which contains the information and the link.

The state and corporate media now have evidence of the vast discrepancy between what May and Johnson are saying, and the truth about the Porton Down scientists’ position. I am afraid to say I expect this to make no difference whatsoever to the propaganda output of the BBC.